I was born in Zamora: ANA PAYO

I was born in Zamora: Ana Payo

She loves cycling, and she hates lentils. But what she loves more is to learn new things.

In march in 2018, she joined to a (rpyotce)________ called Homeward Bound, where every year 80 female (eicstnsist)_________ meet together in the Antartica to fight against the global warming and to show how important are women in the Science.
Those female scientists could see that (gnepiusn)________ are moving south, because their food is the krill, but this fish is moving south thanks to the global warming, so the penguins have to (nahceg)________ their habbitat in order to eat the food they need to live.
The scientists say that we use too much plastic which is causing many problems to other (lasmnia)_________, and that plastic is taking part in our (cihprot) _______ chain, and it means that we are eating plastic when we eat some fish.
They have discovered that the global warming effects are worse in (emnow)______ than in men, because men can get (yneom)________ easier than women and girls sometimes can not go to school.

I was born in Zamora: Laura Iglesias Romero

She said that there were very good _________ in Spain, but some of them had to move abroad to _______. And after those years she returned to Spain to _______ spectra of transition metal elements, which is __________ in the field of astrophysics.
In those days, most of her colleagues were men, _____ working hard she became a brilliant scientist ______ after a few years she received the award “González Martí” from the Spanish Science Real Academy _________ her work about magneisum.

After a whole (elfi) ______ dedicated to the science, nowadays Laura Iglesias Romero is known because she studied the movement of stars. The same (assrt) _______ she looked at when she was a (dihcl) ________ and she played and dreamed in the (eresstt) _______ of Benavente.
She wrote many different informative articles to the (sebt) ______ Science Magazines, such as  “The American Chemical Society” (ro) ____ “Journal of Physical and Chemical”

I was born in Zamora: LAURA IGLESIAS ROMERO

I was born in Zamora: Ángel Nieto

I was born in Zamora: Viriato

I was born in Zamora: Viriato

“Rome does not pay traitors.” This is what Servilio Cepión answered to the soldiers_____ had killed their chief, the soldiers who had killed____leader. And this is the sentence_____ is going to pave____ way to our important figure today… He___ Viriato, he was_____ most important leader of the Lusitanian people.

This is RADIO 6, from ZAMORA in SPAIN. This is “I WAS BORN IN ZAMORA”.

Viriato was the mo__ important lead__ of the Lusitanian people. There was no Spain n__ Portugal. The peninsula was called Hispania and Hispania was a province in the Roman Empire.

Lusitania w__ a region in the west of Hispania. And this region spread over the areas of what we know nowa_____ like North of Portugal, Zamora and Salamanca.
We are in the second centu__ Before Christ. And Lusitanian people with his leader, Viriato, are resist___ Roman Expansion.

Nowadays, we know about Viriato thanks ____ some Greek or Roman historians, such ___ Apiano, Diodoro de Sicilia, Tito Livio, Eutropio, Osorio, Suidas ___ Floro.
Some ____ them described him as ___ shepherd who became _____ a hunter and then a soldier. That was the way for most ____ young warriors.

According ___ the bibliography we have, we don´t know where or when ____ Viriato born, but the legend tells us that he was born in Torrefrades, a small village ___ Zamora in the second century Before Christ.

Rome's dominion of Hispania met with much opposition. And in 185 Before ______ Rome decided ___ invade Lusitania.

After some ttasble______, in the region of 30.000 Lusitanians met Galba tihw_____ the idea of finishing the raw____ and getting the land fairly distributed. But nevertheless, the pretor Galba killed many of them, others were send to Galias as slaves and just a wef____ amount of them ran away and among those ohw____ could avoid the slaughter was our hero, was Viriato.

This massacre and the otrvpey________ of Lusitanian people got Viriato to rebel against the Rome, he became the leader of the Lusitanian tribes and he won oesm______ battles agaist Rome during some years.

After a while, the governor Servilio Cepión broke the treaty and planned his death. Three Viriato´s soldiers killed him while he was sleeping. And when they went to ask for their payment the Roman governor answered them “Rome does not pay traitors."

And this was the end of the leather of the Lusitania's tribes. Afterwards, Roman governors understood that it was better getting a peace treaty than opening confrontation against Lusitanian people.

7. WRITE THE INFINITIVE, PAST SIMPLE AND PAST PARTICIPLE VERBS:

Nowadays, Viriato is a local heroe in Portugal and in Zamora. You can find some statues in Viseu, in Lisbom or in Zamora, in a square with his name. And the flag of Zamora, called Seña Bermeja, has 8 red strips honouring the eight victories of Viriato over the Romans.

Viriato. This was our figure today. The legend says he was born in Zamora. And he is an important member of our history.
Our best wishes to your best dreams from Radio 6, from Zamora. 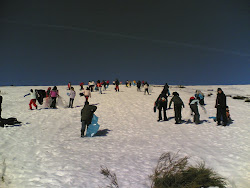